Leave all your worries in the darkness, for now it is time to let your light grow and shine.

Have a Merry Yule! 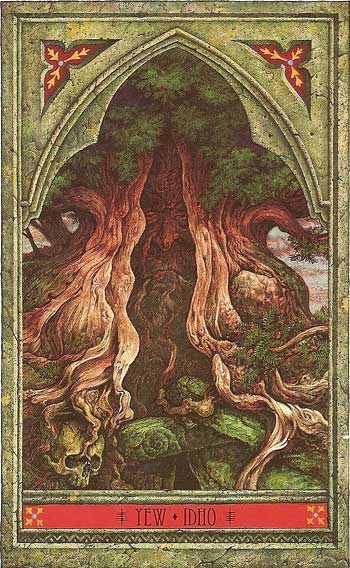 The Yew is the grandfather and grandmother of the Celtic woodland. The longest living of the native British trees, it sees the wheel turn many, many times and so understands well the cycles of energy that unfold in mankind time and again. It can live thousands of years and when the central trunk begins to decay, a new tree sprouts from within to keep the cycle of life turning. It is thus the tree of death and rebirth and hence transformation. The most sacred and mysterious of magical sites were found in the groves of yews and indeed many ancient churches have yews growing in their grounds that predate the arrival of Christianity and indicate an ancient sacred site.

It is said that a fence post made of Yew will easily outlast one made of iron and has earned the title "Yew of Resilience." 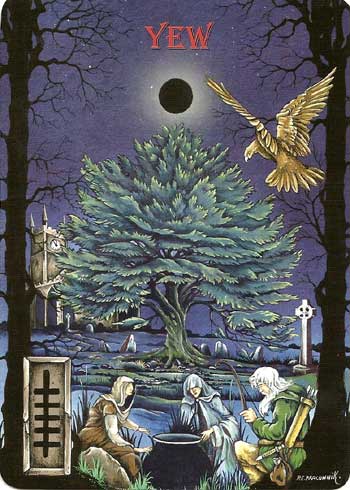 OGHAM The Celtic Oracle
by Peter Pracownik and Andy Baggott